From tracking to mastering, Pultec EQs have played an integral part in nearly 50 years of recording history from the early 1950s to the late 80s.

But when their creators hand-crafted the first units in their garage they had no idea they were about to define a new standard which is still one of the the top choice for numerous audio professionals in audio production today.

When describing its sound, people often use words like ‘musical’ and ‘magical’, and there are now tons of tributes, clones and plugins modeled on this famous analog EQ.

But what is it that makes its sound so desirable, even years later ?
How does it work ?
And what are some of the best free alternatives to this expensive piece of hardware ?

The Pultec EQP-1A is a legendary 2-band program equalizer that helped to shape countless records, with an unmistakable audible character immediately enhancing what it touches.

The PulTec name is an abbreviation of Pulse Techniques Inc, the first company that produced these hand-crafted, made to order high quality passive equalizers.

Years later, these have been cloned by countless manufacturers and are now available as software plugins to work their magic.

The knob layout on a Pultec is a bit nonintuitive and still confuses lots of users so a few explanations might be useful:

The 3 groups (separated by the grey lines) show which knobs and switches operate together. 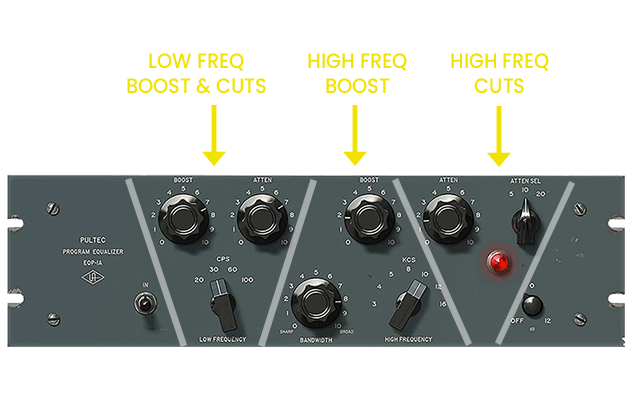 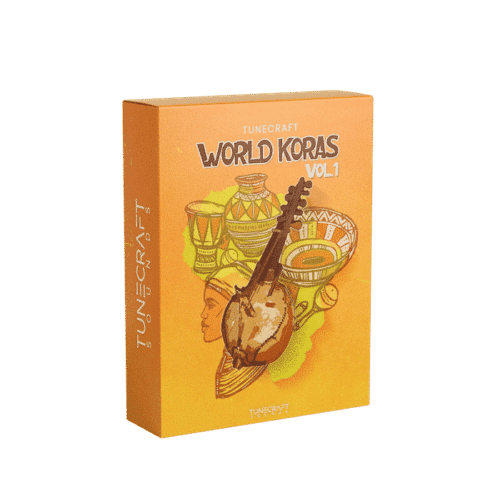 Check out the full content on the product page ! 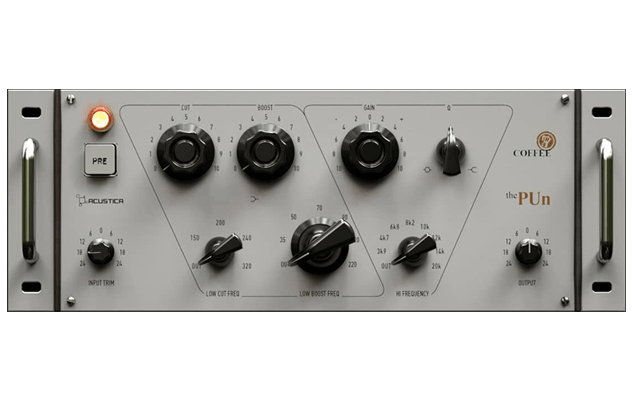 Acustica Audio’s Coffee The PUn is a freeware Pultec-style parametric equalizer plugin available for Mac & PC:
It’s a characterful emulation modeled on the classic Pultec EQP1 with ‘an aggressive sound character’ according to the developper.

PTEq-X features all 3 famous Pultec modules (MEQ-5/EQP-1A/HLF-3C) in a single user interface: It has a lovely sound and a quite low CPU usage for an analog emulation. 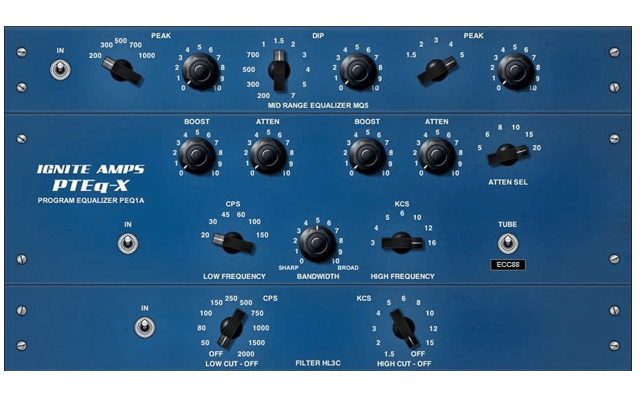 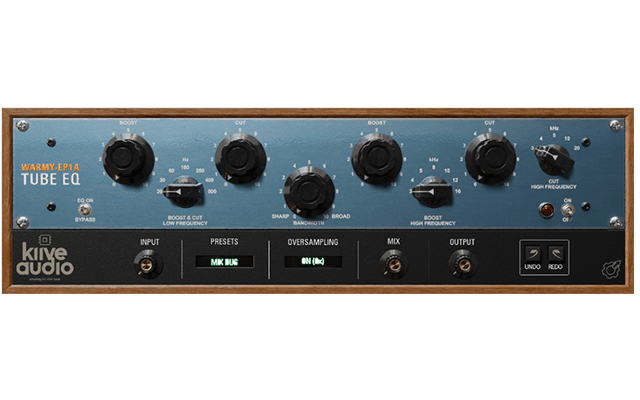 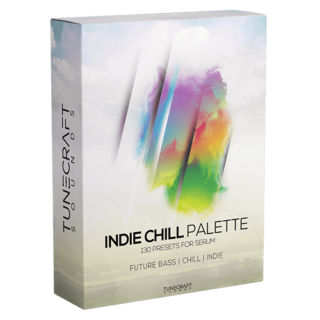 Check out the full content on the product page !

Rare is largely inspired by the original Pultec, but unlike the hardware, it features a pre-EQ gain stage which can be used to saturate the signal before it hits the EQ, resulting in a warmer and fuller sound.
The ‘BPB’ edition has been updated to allow oversampling that will help removing aliasing sonic artifacts for top-notch quality. 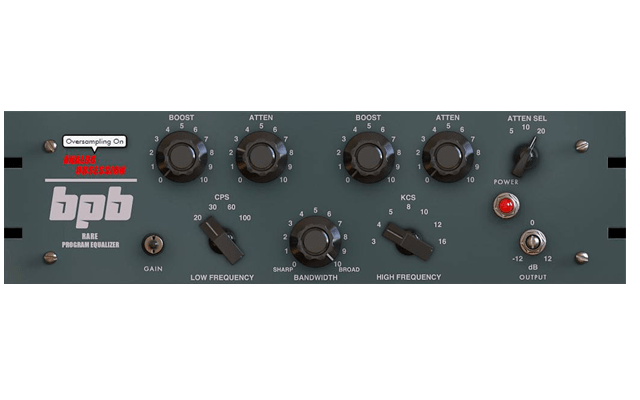 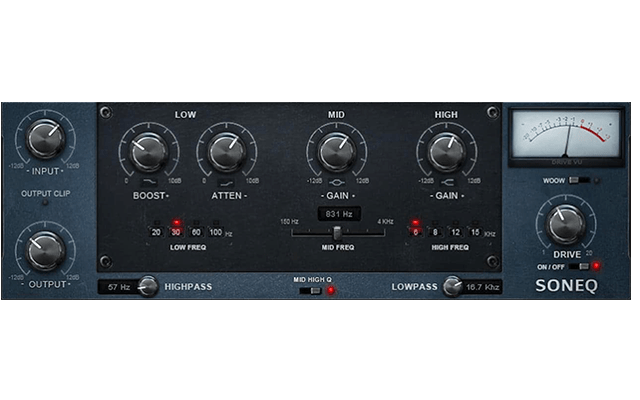 The result is one of the best and most popular free vintage analog emulation out there which everyone should give a try.

Freshly released few days ago, Electron EQ is a free undercover Pultec emulation: Despite its unassuming simple look, it’s a fairly rich sounding EQ plugin that can rival some quite expensive emulations of the original Pultec hardware. 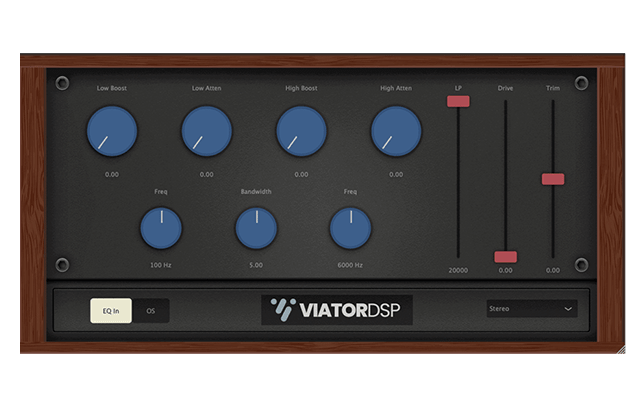